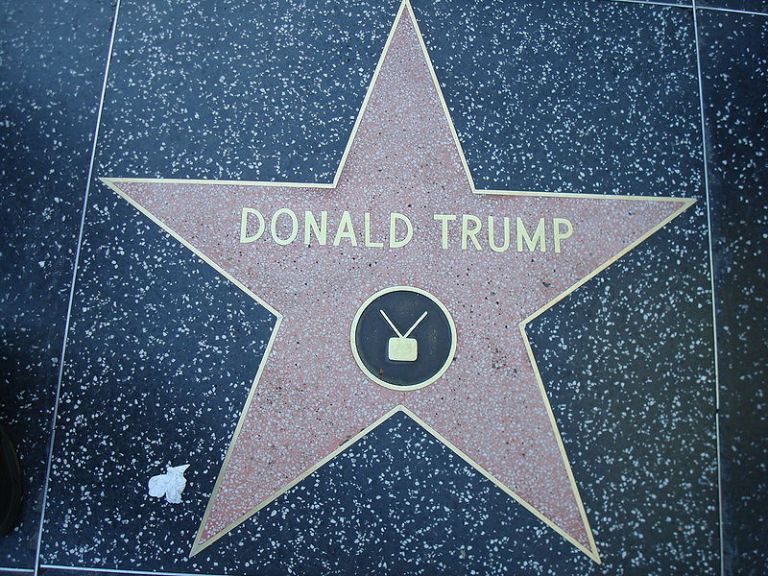 Let me be clear: I am not a fan of Donald Trump.

My personal tastes, however, are irrelevant; Trump’s “yuge” five-state sweep this past Tuesday brings him one step closer to the Republican nomination.

And while the looming possibility that Trump may not reach the magic number of 1,237 delegates before the convention in July has party insiders plotting a possible coup in Cleveland, they would do well to avoid such shenanigans—a recent NBC/Wall Street Journal poll revealed that more than 6 in 10 Republican voters believe the candidate with the most votes should be the nominee. Better not to piss off the majority of your base before going up against the Clinton Machine.

While it is technically correct that the nominee is ultimately in the hands of convention delegates, usurping the will of the voters is essentially unprecedented in the modern era. As Will Rahn points out at CBS:

Considering that the record turnout this primary is due first and foremost to Trump supporters, any attempts by the party to pull the rug out from under a Trump nomination may well mean many Republican voters elect to stay home on Election Day. Or worse, head to the polls to vote third party.  Republican infighting was to a large degree responsible for Romney’s shellacking in 2012, and his most offensive characteristic was a penchant for chocolate milk. Rest assured 2016 will be no different.

Like it or not Republicans are now faced with a stark choice: either throw their hands up in defeat or rally around their chosen candidate, even if that candidate is Donald Trump. The establishment would be wise to make nice—for only by choosing the latter can conservatives hope to somewhat align his candidacy, and administration, with their core values.

No one is suggesting we make a deal with the devil, unless of course it’s to defeat Hillary Clinton.

While at the moment Trump’s electability doesn’t stack up well against Clinton, he has more momentum than anyone else, Democrat or Republican. If he can convincingly win historically blue collar Democratic fiefdoms such as Massachusetts, what’s to stop him from taking a heavily disenfranchised Rust Belt to the Democrats’ backsides and winning the general election?

This is a movement, and movements are hard to stop. I don’t much like it either, but it’s clear that at this point that the reasonable people are outnumbered. As my rock climbing guide Eric is fond of saying, “embrace the suck.”

And boy is there plenty to embrace, such as his adolescent temperament that leads him to engage in Twitter wars with celebrities and defend the size of his manhood. The Presidency requires many things, among them statesmanship—it’s hard to imagine handing over the nuke codes to a reality television star, particularly when said star behaves like a jaded junior high schooler.

Add to that Trump’s economic protectionism, disdain for the First Amendment, and a handful of other positions wholly inconsistent with conservatism, and it’s very easy to see why the establishment is terrified, and desperate.

But with multiple Supreme Court seats likely up for grabs, fears of another global recession mounting, and a Middle East throwing Europe, and the world, into chaos, there is simply too much at stake in this election to cede it to the Democrats. After all, while a Trump administration may indeed prove to be a disaster, it isn’t anything yet.

Anyone who has ever watched a Republican debate knows that the loudmouthed real estate mogul is a policy lightweight. Frequent usage of words like “love,” “great,” and “huge” are sorry camouflage for lack of political substance.

If he is to be an effective President, Trump will need the help of both houses of Congress on nearly every major issue, particularly for the approval of appointees. He will also need support not just in Washington but at the state levels when it comes to pet issues such as healthcare and immigration. In fact, a President Trump may need the establishment far more than the establishment needs him.

Think of him as a wild animal that needs to be tamed: he may bite, kick, and spit for a while, but once he settles down he becomes a tremendous asset. And let’s face it, while there are admittedly large negatives associated with Trump, he does bring a few things to the table.

For starters he is arguably one of the most successful businessmen in recent American history. While questions regarding the “class” and “style” of his real estate empire are certainly valid, questions regarding his business acumen are anything but. Although the somewhat significant controversies surrounding his company’s labor practices and his namesake university should be thoroughly vetted, there is little denying that he can manage an empire. If you’re looking for someone to head the executive branch, Trump has the executive part covered.

And he clearly isn’t stupid. Aside from an Ivy League education, he has struck a nerve in the American voter that nearly every other politician and strategist has repeatedly managed to miss. Instincts are critical in politics, and he’s certainly not lacking in those.

Even better, Trump is an outsider in a broken system that functions primarily via insider backscratching. While he is certainly no stranger to dinners with important people, at the end of the day he is largely beholden solely to himself. And if you’re looking to shake up Washington, your best bet is a rascal with minimal political debts.

Finally, and perhaps most importantly, he seems open to making amends as well. Knowing Trump, that offer won’t be on the table forever. Republicans had better strike a deal soon if they want it.