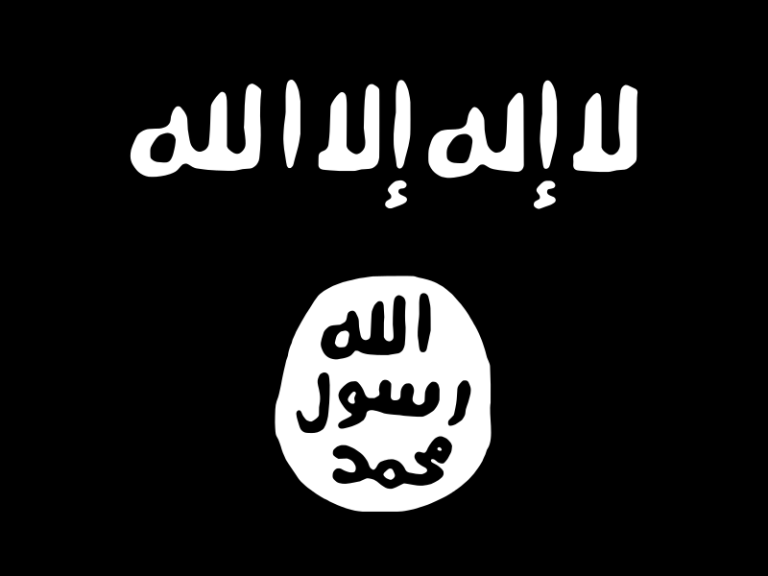 Last week’s Presidential debate wasn’t short on conflict. From Hillary’s emails to Trump’s taxes to the candidates’ respective foundations, the knives were out for a good portion of the ninety-plus minutes moderated by Fox News’ Chris Wallace.

Perhaps the most contentious moment, however, came in regards to Russia’s supposed involvement in the Wikileaks email dumps. While Trump did in fact condemn any supposed foreign influence in the election, he hinted at improved relations with our former Cold War foe via an idea he seems increasingly comfortable suggesting these days: an alliance to defeat ISIS once and for all.

“If Russia and the United States got along well and went after ISIS, that would be good,” said a stone-faced Trump just minutes into the final debate. It’s a notion he has floated before in his trademark Everyman vernacular.

Such a proposal makes many uneasy, myself included, particularly given Trump’s apparent affinity for Russian Premier Vladimir Putin.

As a sometimes journalist I am appalled by the egregious, and alarmingly regular, abuses of power that have become a hallmark of Putin’s reign; indeed, they may well prove to be his greatest legacy.

And as a proud conservative I am likewise often appalled by the antics of the Republican nominee for President. But despite his belligerent demeanor and cartoonish campaign, Trump is likely right on this one.

Just as in Presidential elections, global politics often require us to choose between the lesser of two evils, and while Putin is rightly viewed unfavorably by observers of freedom and basic human rights, he is light years beyond ISIS in this regard.

Not since the Nazis, more than eighty years ago, has the world been blindsided by such an obvious and unapologetic evil as ISIS. In fact, the Nazis too required an alliance between an America and Russia at odds on nearly every front. As Mark Twain once reportedly opined, “history doesn’t repeat itself, but it often rhymes.”

Much like today, U.S.-Russo relations were greatly strained prior to the Second Great War. Stalin’s aggression in Poland and Finland led Roosevelt to declare the Soviet Union a “dictatorship as absolute as any other dictatorship in the world.” However as Hitler began making even greater waves across Europe, Roosevelt had a change of heart regarding the Russian threat, remarking that he “would hold hands with the devil” if it meant wiping out the Nazis.

And as the Nazis steamrolled through Europe and threatened the very fabric of world peace, Stalin and Roosevelt would become allies of necessity rather than of ideals, forging the uneasy affection between capitalist and communist superpowers now widely viewed as essential in toppling perhaps the greatest evil the world has ever known. Roosevelt knew well that some evils are lesser than others, and that desperate times call for desperate measures.

The thaw wouldn’t last long, obviously, but it lasted long enough to save Europe, and possibly the world, from the bleakest of futures.

And while today’s great threat, ISIS, is a far cry militarily from Nazi Germany, the nature of warfare has changed such that the Nazis’ vast numbers of tanks, planes, and bombs are now unnecessary to topple a continent; sheer insanity seems to be sufficient.

A potent combination of liberal immigration policies, online indoctrination, and Islamic zealotry has created an army of lone wolves bringing Europe to its knees using good, old-fashioned guerilla tactics. It’s a blitzkrieg alright, but one snaking its way across the continent by land rather than wreaking havoc from above.

Make no mistake: the threat posed by this primitive “JV team” is just as grave as that posed by its German predecessor.

In a perfect world America could easily afford to go it alone and banish ISIS to the history books. But the current world is far from perfect, and political realities have America fighting with one hand tied behind her back.

For starters our most recent forays into the Middle East have been less than stellar, making the case for another ground war in that godforsaken desert difficult to sell to the American public. Another Iraq or Libya? No thanks, and who can blame them? And thus far ISIS seems far more interested in Europe, the Atlantic Ocean providing the perfect false sense of security for war-weary Americans.

But as the attacks in San Bernardino and Orlando and common sense clearly demonstrate, the United States is firmly in ISIS’s crosshairs as well, and the longer the Arab threat is allowed to fester the greater its potential to wreak real havoc will become, on both sides of the Atlantic.

Unfortunately, with a President who has proven to be far more interested in the safety of Syrians than Americans and a volatile election on the horizon, any immediate, decisive action is unlikely.

Hence the need for a partner, a hawkish one. And who better than Putin, a military-minded strongman with little concern for his humanitarian image on the world stage and a man in possession of a military more than capable of confronting a ragtag group of gangsters like ISIS. In fact, he is already launching his own offensive against the Islamic State, one in which he seems to be pulling no punches.

So why not help Russia do what it takes to rid the world of this cancer while protecting our own image in a region that has come to view us as the ultimate enemy? As Trump said, wouldn’t it be fun to help Russia stomp the hell out those savages?

Much like Roosevelt decades ago, America’s next President will face a stark choice: meet the enemy on both fronts or allow it to grow. That deal with the devil will be much easier for Trump than Clinton, as the former has openly admitted that he lacks the disdain for Putin so common among Western leaders. The latter, on the other hand, has made the Russian premier Public Enemy Number One in her defense of scandalous emails leaked to the public that appear to show her party sabotaging her primary rival.

This uneasy alliance, therefore, will likely depend on the headlines come early November.

And if Trump does somehow manage to become the 45th President of the United States, who knows? Cooperation against ISIS could well lead to cooperation on other issues as well, such as Ukraine, Iran, and basic human rights.

Whatever the case, the current threat more than warrants a similar alliance to the one forged more than three quarters of a century ago. And even if doesn’t last forever, if it defeats ISIS it will have lasted long enough.