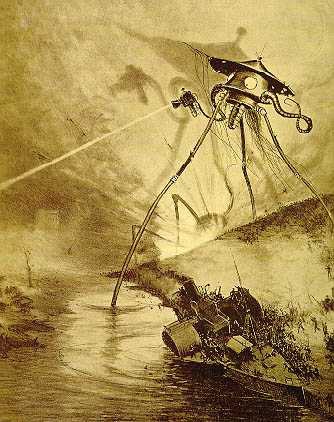 Zarkon III was the driving force behind Alpha Centauri’s recent conquering of a number of star systems and was feared throughout most of the Milky Way galaxy. The United Nations has declared him personally responsible for the slaughter of billions, including the recent attack on thousands of platinum miners on asteroid B-117D and the gamma ray blasting of a Martian cargo ship bound for Saturn in which more than 200,000 Martian crew and their families were disintegrated.

Alpha Centauri’s forays into Earth’s airspace and increasing attacks on Earth’s interest inside the asteroid belt made him a viable target, the President said.

“Today, we killed a bad guy, and Earth is safer,” said Trump.

Democrats, however, quickly criticized the move as brash and predicted retaliation from Alpha Centauri forces.

“Zarkon III had a family!” said House Speaker Nancy Pelosi, “and just because Centaurians believe that feasting on the blood of human babies will grant them immortality that’s no reason for such blind aggression. On behalf of the Democrats I apologize to the people of Alpha Centauri and beg you not to attempt to invade us for the 78th time.”

New York Democrat Senator Chuck Schumer agreed. “Look, Zarkon was an official from the sovereign government of AC, and the billions of lives he’s taken shouldn’t be an open invitation to take him out,” he said via Skype. “And let’s face it, I’d rather live as a slave in an Centaurian colony than an American under Trump and his gangbusters economy.”

Perhaps none were as moved as New York Congresswoman Alexandria Ocasio-Cortez-Cortez, however, who wept live on Twitter while clutching a photo of the alien warlord who once vowed to eat her family.

One thought on “Trump Takes Out Leader of Alpha Centauri Invasion, Dems Furious”